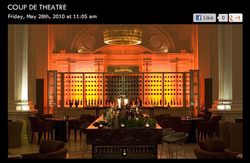 Whatever happened to those magnificent rooms in the moving pictures, elegant dinner clubs haunted by femme fatales, mob bosses, sultry singers and black tie’d rogues? Until recently I’d only ever been in an imitation of one. I’ve dined in some beautiful spaces in my 30-odd years, some with decent entertainment even, but sadly, there was always some minor detail, some curiously misplaced light fixture or Ikea-wall-art that outed the whole experience as a sham, a slapdash facsimile of the grand original…  Cick to read more.

The mothers of the world are shaking their finger at fashion's collective unconscious. The horizontal stripe -- that perennial don't -- has once again raised its unflattering head. A seemingly unprecedented number of spring collections have resurrected the Parisian/jailbird coat of armor. Do not, under any circumstances, consider this an opportunity to add stars and showcase your patriotism... Click here to read more. 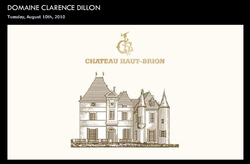 Historical accounts of the now legendary Chateau Haut-Brion tell of noblemen, artists, philosophers, musicians and writers in France in the 15th century – all from varying class and socioeconomic backgrounds – joining together to drink Haut-Brion, discussing what one can only imagine to be the politics of the day: a recent sporting event, fabric dying techniques, the solar system, the existence of God or of Gods. These informal gatherings allowed those from varied professions, skill sets and birth rights to share their experiences over a few hearty goblets of wine… Click to read more. 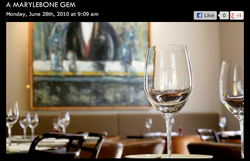 Clumsily navigating London is one of my preferred pastimes, much to the supreme irritation of my friends who find my circuitous routes to a destination two streets away, a symptom of malfunctioning internal GPS. The truth is, I actively encourage myself to get lost – not in the back alleys of Hackney at 3 in the morning,  but in the safety belt of daylight hours and usually in neighborhoods I could never afford to live in or buy clothes. Why did I move to the big smoke six years ago? Better question, why have I chosen to stay? Her majesty. I do hope Her Royal Highness will not take offense when I clarify this to mean the majesty of this incredible, enormous labyrinth of a city; a place I keep losing my way – and I probably mean that in more ways than one – only to arrive in any number of places that make my life here seem novel again...  Click to read more. 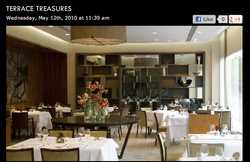 I’ve been trying to come up with a singular word to describe the experience. Annoyingly, the one I keep arriving on supremely irritates me. Synesthesia. Forgive me for even offering (my version) of a definition: when one sensory experience – taste or touch or sound etc. – automatically triggers another and another and so forth. I am thrilled to blame my most recent dalliance with this delightful sensory domino effect, on the Park Terrace Restaurant in Kensington. Based a stone’s throw from Hyde Park, the floor to ceiling windows look out to the tips of beech trees, waving their leafy fingers above the walls of the park’s perimeter. First sense, sight, sorted... Click here to read more.

Sienna and Savannah Miller’s highly anticipated S/S11 show for Twenty8Twelve is a sibling’s collaboration, bringing together Savannah’s fab eye for eloquent fashion with Sienna’s cutting-edge sartorial instinct; a recipe that simmers somewhere between boho-rock-goddess and postmodern classics. It was refreshing to see the models actually smiling and sporting tousled tresses with that gypsy thing going on, now synonymous with Sienna’s own much-lauded personal style. The 1950s Mexican-inspired collection was simple, wearable, and playful; think rolled-up shorts, ruffled skirts, and brassy summer dresses in colorful, bold fabrics and denim. Add a pair of shades and the sisters’ summer-loving carefree vibe and the look is complete... Click here to read more. 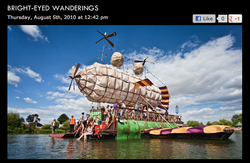 I’m resting on a grassy knoll at the Secret Garden Party eating strawberries and whipped cream – Champagne in hand – waiting for a live execution by guillotine. The beheading will take place at 3pm sharp (terrible pun) carried out by a fellow dressed as a large fluffy bunny rabbit. A hush falls over the crowd. The blade drops. The ladies gasp. I lose a few expensive berries. The head falls below into a wooden crate. Silence... Click to read more. 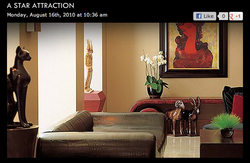 I would liken The May Fair Hotel to an elegant woman who seduces not by overt flirtation or conceit but rather by a quiet and self assured sophistication; think Isabella Rossellini or Aishwarya Rai. Ultimately, what I find most appealing about the May Fair is that it continues to attract a loyal and highly-discerning clientele simply by being itself, an up-market and chic but pleasantly understated collection of rooms, a spa, restaurant and bar that seem to draw inspiration from – and therefore compliment – the neighborhood in which they are situated: London’s exclusive Mayfair District. A stone’s throw from the designer boutiques of Bond Street: Louis Vuitton, Hermes and Prada and fine jewelers like Cartier, Harry Winston and Asprey - it’s no wonder The May Fair continues to attract the crème of the international set – not to mention the A-list brigade in droves... Click to read more. 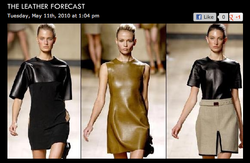 Sun + Summer = Happy days in London Town. Time to relegate tights and trenches to the back of the wardrobe, reaching instead for delicious florals and petal-like chiffons. Must be said, I’m always a bit heartbroken to see the loyal winter staple – my trusty leather jacket – back on its hanger; she who has sheltered me from bitter winter winds on Bond Street and warded off hypothermia as I stand shivering in my LBD outside the bar... Click here to read more.


The Faces in that (Mexican?) Frame, Tres Agaves Blog 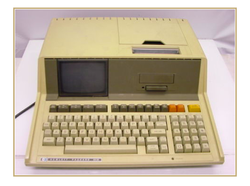 I should probably confess that in the age of dynamic design programs and versions of those programs like Photoshop and Illustrator CS5 – I do a quick scope to make sure no one in the office is looking – then open up MS Paint, which is not all that different than rocking a word processor at your desk. (Forget functionality, look at that color! No bueno!) So what kind of visual wonders do I construct in this truly masterful program (where you’re not able to edit much of anything without starting the whole project again!)... Click to read more.

Los Cenzontles is a grassroots organization educating the SF Bay Area community on the traditional arts and culture of Mexico. Los Cenzontles Academy boasts an impressive variety of cultural heritage experts in authentic Mexican music, art, and dance, teaching students of all ages. They were founded in 1994 by Eugene Rodriguez, a highly-regarded musician and educator. Los Cenzontles is also the name of the band put together by the members of the San Pablo Academy. The name translates to ‘The Mockingbirds’. Much like the organization, the band tries to promote a sense of cultural pride and cultural awareness, fusing traditional Mexican rhythms with a more modern Californian sound, creating “a fresh Chicano voice for a new generation"... Click to read more.